← more from
Légère Recordings
Get fresh music recommendations delivered to your inbox every Friday.
We've updated our Terms of Use. You can review the changes here. 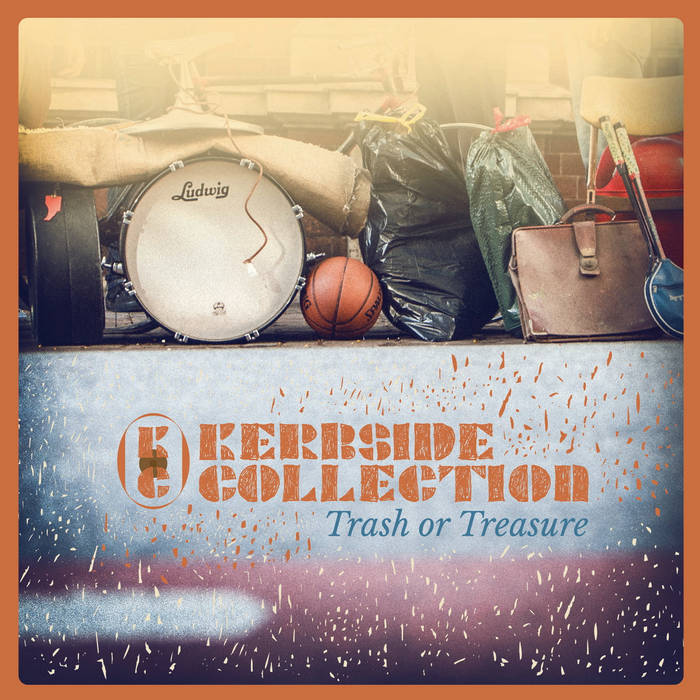 A Groovin', I am, nonstop. Who doesn't love to groove?

john greenwood This is my second album by Kerbside Collection. This is really great music. Thank you for recording old school on full analogue. The sound is incredible. This is why I love vinyl. Really great music recorded with passion and pride make for an excellent record. Kudo's to you all, this is fast becoming a personal favorite, nothing not to like here. Thanks for the music. More please on vinyl! Favorite track: Shake'n'Bake.

14 tracks of deep funk, raw dusty jazz, rare groove, bossa, soul, library music and even some lo-fi sitar disco, all with a warm 60s West Coast flavour made and recorded on vintage analogue instruments and equipment.

Aussie jazz-funkers - Kerbside Collection - return with the follow up to their warmly received debut album from 2013 “Mind the Curb” with “Trash or Treasure”. The music on “Trash or Treasure” explores wilder textures and tones interspersed with more ‘jazzier’ flavours alongside their gritty sidewalk rare groove.

Influenced by the rare funk and simple raw jazz and soul sounds of artists like Placebo (the 70’s Belgian Jazz fusion group), The Menehan Street Band, The Whitefield Brothers, Tommy Guerrero, Ray Barbee and The Mattson 2, “Trash or Treasure” even contains hints of library music with lush tones from added instrumentation like vibraphone, sitar and brass that blend into their dusty Sixties inspired West Coast jazz funk sound. Recorded and engineered by Hopestreet Recording’s Roberto Sola (Bob Knob), the album features an extended collection of players including members from The Cactus Channel, Bombay Royale and Brazil to complete the spectrum of colours on the record.

The album is introduced by the sweet soul groove flavour of guitarist Ravi Welsh’s “Walk The Talk” that softly welcomes the listener in with the classic warmth of some lush Fender Rhodes. The title track “Trash Or Treasure” features some tasteful flute from Rodrigo Sha (Bossacucanova/Marcos Valle/Roberto Menescal/Brazil) floating atop the peculiar groove setup by the tight rhythm section and the accompanying bluesy vibraphone (Justin Marshall - The Putbacks) and guitar that both feature on other tracks including the hypnotic, stripped back groove of “Bogangar” and the twangy, 50s surf sounds of “Slidin’” (both beach references).

The album then moves into the skippy, jazz funk of “Feather Duster”, the frenetic funk of “Quicksilver” and the heavy, gritty grooves of “Kojak The Frog” and “Cypress”, before changing direction (after an impromptu interlude) to the ‘jazz’ territory of the album featuring an atmospheric rework of the mid 70’s CTI records Freddie Hubbard classic “Red Clay” (CTI Records) which sees Ravi Welsh beautifully translate Hubbard’s trumpet melody onto the guitar complete with sonic effects and percussion taking the track to a unique place. The record then lifts and builds back up for the final three tracks all with their own distinct flavour from the jazzy afro stylings of “Shake ‘n’ Bake”, the funky groove of “Rabbit Hole”, to the lo-fi disco dancefloor finale (complete with sitar) appropriately titled “Strawberry Fields”.

14 tracks in total capture movements from deep funk, raw jazz, rare groove, bossa, soul and even some lo-fi sitar disco, all with a warm 60s West Coast flavour made and recorded on vintage analogue instruments and equipment ... A recording in full trim ... enjoy ...

“2 tracks in, and really enjoying this!” (Wax Peotics/US)